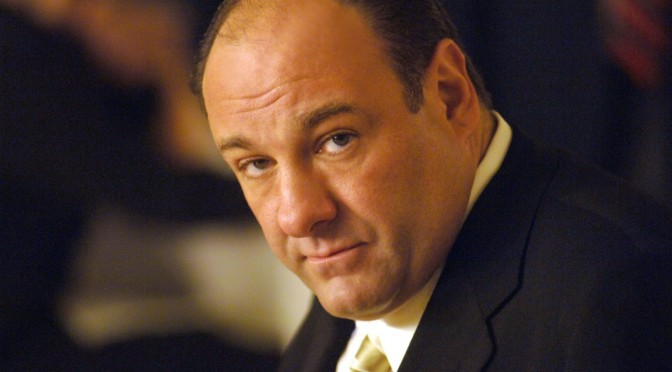 It is easy to remember the big mistakes of life and work. They stick out like sore thumbs in one’s memory. And even if you don’t remember some giant workplace gaff, there is surely somebody who will recall it for you and freely share your shame with coworkers and clients.

That time you missed the big presentation that could have bagged the “elephant” and given everybody a nice, fat bonus—good luck not living that down, at least until you change jobs!

Less publicly broadcast are the really smart things. Unless it has been recognized with a plaque or a bump up in the company parking space pecking order, those triumphs, large and small, tend to fade away. Because in work, just as in The Sopranos, you’re only as good as your last envelope!

It would be very motivational speaker of me to tell everybody to trust their instinct. Let’s face it, some people are morons with really bad judgment. So, we should define the term, “trust.” Knowing your own instinct, you can either trust it to help you, and thus you should follow your instinct. But, if that same instinct has only landed you and/or innocent bystanders in peril, you can trust that whatever your instinct is telling you to do…do the opposite, or nothing at all.

The Smartest Thing I Did Early On Was Guided By Instinct And A Meeting With “Tony Soprano.”

I’ve always been very intuitive, and this intuition had previously helped me make some strategic decisions in the first job I landed after I moved to Chicago in 1992. I didn’t trust my instinct 100% just yet, but it was proving itself, so when it talked, I listened!

For example, that first job had me working in customer service, in the retail store of a large, commercial photo finishing company called LaSalle Photo Service. The job didn’t pay much and wasn’t glamorous. Truthfully, it was a friggin’ grind and early on I decided that I would either work there until I found a better job, or make the best of it and try to move up in the ranks to a management position.

My instinct was whispering in my ear, telling me that while it doesn’t seem so at the moment, this crappy job could be an opportunity, if I kept my eyes peeled.

The economy of the early 1990’s was not good, and I didn’t have much job experience outside of restaurants and bars, so I decided to make the best of my relatively dismal situation. I say relatively because I wasn’t living in a box on Lower Wacker Drive or moonlighting as a street corner hustler! The job just wasn’t what I was looking for, long-term.

I noticed that my coworkers, between working with customers, tended to hide in a corner of the store where the security cameras could not see them—like Winston Smith in George Orwell’s 1984. The company owner had a wall of monitors in his office—think Tony Montana in Scarface—and kept on eye on us, and the cash register!

The first [smart] thing I did was position myself so that my work area was next to the cash register, and between helping customers, even if I was talking with coworkers or just doing busy work, I would stay there. This way, each time the boss would look up at the monitor in his office, he would usually see me there, presumably working.

I did a few other key things at that job that ultimately helped me quickly move into a management position. These included being one of the few people in the company of 300 employees that never, and I mean NEVER said, “It’s not my job,” when somebody asked for my help, even if the task at hand was not in my job description. Also, after watching my coworkers partake in seemingly endless bitch sessions that focused primarily on criticizing the plant manager, I made a very conscious effort to not commiserate with them and never and I mean NEVER treated the PM as an adversary. I wasn’t a brown-nose, I just treated him with respect and as a result, he treated me with respect. It wasn’t a very complicated strategy.

But, by far, the SMARTEST thing I did, early on, occurred while still working for LaSalle Photo.

LaSalle Photo Service, founded in the late 1940’s, had been an extremely successful company—a bona fide rags to riches story that is worthy of its own post. The late 80s and early-to-mid-90s found the company struggling. It was in an industry on the cusp of dramatic change. An operation like LaSalle was a behemoth primed to either double-down and dive into digital technology or fail.

Long-story-short, the company was in significant financial straits. We owned a lot of property, dozens of other stores and businesses, and we had too many employees making too much money. Again, that is a story for another day.

The company found itself in receivership by the bank. We were a viable business, still a major player in the industry. However, the bank decided that somebody needed to get in there and either restore us to profit or find a buyer.

Enter Jan Grayson, a big presence hired by the bank to be our interim CEO. The guy who would save us or sell us.

Jan was a large, imposing figure, who came from big finance—his previous position was that of Director of the Department of Commerce and Community Affairs for then Illinois Governor Edgar.

He was tall, and bald—and not that weak kind of bald with a low forehead and wispy comb over. We’re talking Kojak, baby, or Tony Soprano.

He wore power ties and power suspenders and his voice boomed with authority. He was a C-Level gun for hire. Sometimes a savior, often times a hatchet man. Usually a combination of both. And, we were at his mercy.

Don’t worry, I’m getting to the whole, “smartest thing I did,” part of the story. Hang in there!

Grayson situated himself in an office on the second floor of our main building, and began meeting with the various sales and production department managers. By this point, I had been managing our front store and inside sales for about two years, and I was on his list.

One day, in the first week or two since our interim CEO had moved in, I was hurrying past his office en route to our black and white custom printing department, to grab an order for a customer who was waiting in the store. Grayson and our PM were standing and talking outside of his Grayson’s office. As I walked by, he said something like, “You’re Larry? I’d like to speak with you.” I replied with something to the effect of, “Okay, I just need to grab an order for a customer and I’ll come back upstairs.”

His reply, complete with puffed chest and booming, stern tone was, “No, I’M IN CHARGE NOW, so you’ll come talk to me now!”

Well, he was the boss, for the next twenty minutes or so, I sat in his office and if you put a gun to my head today, I could not for the life of me recount that conversation. All I know is that he didn’t fire me.

In retrospect, it was sort of like having a meeting with Tony Soprano. This big, imposing person, and I didn’t know what he would do or say next.

After this impromptu meeting, I returned to my office and in short order became very anxious. Most employees considered Grayson the enemy. I was one of the only people that looked forward to change and hopefully continued success. And here I was, in his mind, just another rank-and-file worker with a “you’re not one of us” attitude.

I sat stewing at my desk for maybe fifteen minutes or a half hour. Then, my instinct told me that I should go back up there and save myself. After all, this was the guy who was charged with reorganizing the company and I just gave him a great reason to reorganize me right out of a salary!

And, here it is, the smartest thing I did, early on in my career…

I steeled myself and headed back to that office on the second floor. Luckily, he was still at his desk. I stuck my head in the open doorway and said, “Excuse me, I think we got off on the wrong foot. I didn’t mean to offend you. I was really just trying to take care of a waiting customer.”

He thanked me and asked me to have a seat. We talked for quite a while about the company, his background, my background and how we could work towards the best outcome.

He and I met often over the next several months. One day, sometime after the company owner passed away—it was a family business and his widow and daughter were also owners—he called me into his office and said, “What I’m going to tell you is only known by [the owners] and [the PM], and cannot leave this office. Okay?”

He then proceeded to tell me that Kodak Processing Labs (KPL), a division of Eastman Kodak was going to buy our company and shut down our facility. All but a few key employees would be retained (if they chose to relocate to another state), and he was going to recommend me to rebrand, relocate and restaff LaSalle Photo, in a smaller form.

Soon afterward, from California, Minneapolis, North Carolina and New York arrived the President and Vice Presidents of KPL, as well as national salespeople and other logistics and production managers. I found myself in the boardroom, meeting with this crew several times over the next month or so. Ultimately, the deal was put together and the transition started. Another long story that we can skip for now.

This story would end shortly after that first misunderstanding with LaSalle’s interim CEO if I had not followed my instinct that day. I’m sure I’d have another story for a post entitled, The Smartest Thing I Did Early On. Perhaps it would be about buying a boatload of Google stock in 2004. As great as that would be, I don’t think the story would be as interesting.

I speak about this event in a 2013 interview on WGN radio. Click the photo below to listen to my animated conversation with Bill Moller.