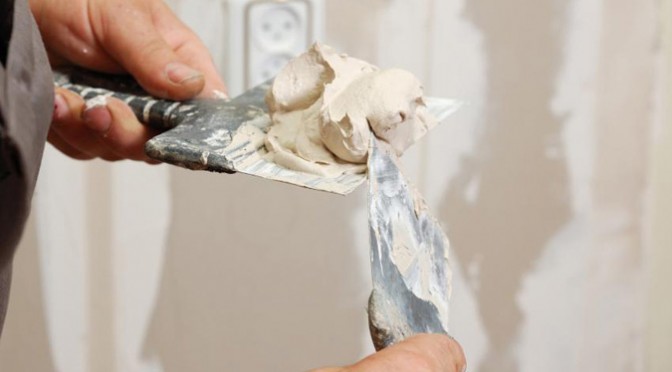 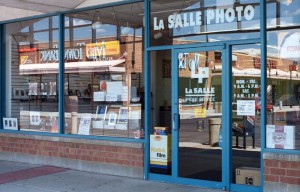 About 20 years ago, when I was still running a business for a division of Eastman Kodak (that’s a long story for another day), I managed a number of employees. It was a photo finishing business named La Salle Photo Service, so we had an on-site lab as well as a retail store, and all employees worked in both departments, as needed. As always, some were great, and some needed to be fired.

My first instinct is to call him a “lovable loser.” But, that would not be accurate.

One of my employees, Brian, was, well, a hard case. My first instinct is to call him a “lovable loser.” But, that would not be accurate. He wasn’t lovable. He also wasn’t a total loser. He was a very good photographer, which is why he worked in our store.

Since the pay wasn’t great—well above minumum wage but nothing to write home about–the selling point of taking the job was that they would have quite a bit of free time in the evenings and weekends during which they could work as freelance photogs. Working for Kodak, they had job security, a discount on supplies and film processing, and the benefits–at least back then, when Kodak was a viable company–were exceptional!

Brian was a natural fit. Except that he was okay with people…until he wasn’t okay with people. Be they customers, coworkers, or even me, his boss, Brian could toggle from affable to asshole pretty quickly!

He also had a life that read like a country song.

He also had a life that read like a country song. His past included a broken home and drugs, and at one point while he worked for me, his wife actually left him, taking his dog. The dog being undeniably his best friend.

Brian was the type who was always late and always blamed the bus. Instead of just leaving for work earlier, to catch an early bus that even if that was delayed, he would be on time for work, he just kept arriving late.

His eggshell personality was no match for the unraveling of his personal life.

At some point, things were getting extremely tense in the workplace. He was becoming unmanageable. His eggshell personality was no match for the unraveling of his personal life. Customers and coworkers were complaining, and he was becoming completely belligerent with me.

As managers and business owners know all too well, replacing employees, even bad ones, is a pain in the ass. It is time-consuming, expensive, and disruptive to the business and the clients. And there are no guarantees that the new employee will be any better. It may take two or three rounds before the right person is hired. Quite often, it is a “the devil you know,” scenario. At least I KNOW this guy may come in tomorrow and shoot and kill us all! The new guy may do that, too, but it would be far more surprising and because we were unprepared, the carnage may be even worse!

Brian had to go. However, he had been with me for a few years. I knew he was less a bad person and more a byproduct of past and present familial dysfunction. I felt bad for him, and I didn’t want to be another in a line of people who discarded him, leaving him untethered.

When and how to let Brian go was still something to consider. But one thing was certain, I needed to get him away from people, for the sake of the business. And for me, I wanted to help him.

Of the many trade skills that I possess are painting and drywall. And I was just about to employ these talents to create a new office within some of the unused space in the large storage area of the store. I could have hired a contractor. But the job was relatively small and I actually enjoy that type of work, so I was going to do it myself during the evenings and weekend over a week or two.

It would keep him away from, and from possibly assaulting, all of those pesky people.

I decided that this would be a good project for Brian to tackle. It would keep him in paychecks for a bit longer and keep him away from, and from possibly assaulting, all of those pesky people he saw during an average shift.

I took Brian aside and explained what he would be doing for the next week or two. At first, he was resistant, because he didn’t know how to do such work. I told him not to worry, I’d teach him how to finish the walls properly and paint like a pro. This, along with the fact that he didn’t have to dress up for work and also be able to work in additional smoking breaks, convinced him.

So, I drew up some rudimentary plans and purchased all of the supplies required for the project, and on the next Monday morning, Brian got to work.

Throughout the next week or so, he labored away in the back of the building. I left him alone unless he had a question. I wasn’t concerned how slowly he was working or if he took extra cigarette breaks.

I repeated to him the mantra, “If you know how to do this work, you will never be unemployed.”

Occasionally, I would check on his progress. Sometimes, I would arrive dressed in jeans and a T-shirt so I could work alongside him. All the while, as I explained how to do the work better, more professionally, or what tools to use and how to use and maintain them, I repeated to him the mantra, “If you know how to do this work, you will never be unemployed.”

We got everything done in about ten days. It looked good. I brought Brian back to work in the store and the photo lab. I anticipated one of two possible outcomes. The time “off” will have given him a well-needed break from dealing with people and those interactions would be less stressful and confrontational, and his job security with me would be restored. If, however, things did not change, I could fire him knowing that not only did I give him more chances than he deserved, but I also would be sending him off with a new skill set.

It was a firing that required me to re-key the locks, change the alarm codes…and dial 9-1-1!

As you might have gathered from the title of this post, the latter presented itself. Not long after we finished building the office, I fired Brian. He was defiant and unsettled. It was a firing that required me to re-key the locks, change the alarm codes and instruct my other employees to call the police if Brian entered the building. No discussion, no warning. You see him coming. Pick up the phone and dial 9-1-1!

I allowed him to come by one last time, to pick up a final paycheck. He was smug and abrasive even in the moment or two it took him to accept the envelope from the counter clerk. Then, he was gone. Poof!

I didn’t feel badly about letting Brian go. I gave him every opportunity and consideration. I always tell people to never feel badly about sh*t-canning an employee that deserves to be fired. More importantly, while I knew he had to go and he spent much of his time pushing my buttons and testing my patience,  I did take the time to teach him a new skill before sending him packing.

There is an epilogue to this story.

Sometime later, a year or maybe even two after I last saw Brian, he emailed me, completely out of the blue, as they say. He had relocated to another state. I don’t recall which but perhaps down south, maybe to where his wife had run off. In his note, he expressed remorse for acting the way he had. He admitted that he had deserved to be fired and that any [employer] would have done the same thing.

This smelled a bit like, “step 9,” the point in twelve step programs that you make amends.

Perhaps, if I had not taken an interest, not spent the time to work side-by-side with him while showing him how to build something, I would have never received that note. And, I would be just another jerk boss that fired him without any consideration for his well-being.