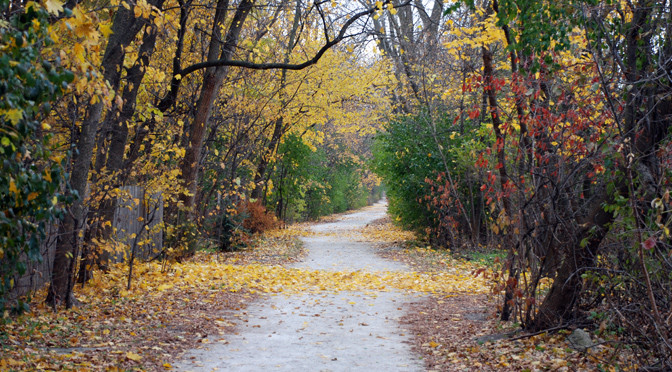 BUCKLE DOWN AND TAKE A GIANT, HEALTHY QUIT
In Defense of Embracing Failure and Bowing Out

Recently, I resigned from an organization with which I had worked closely for a number of years. I served on the board and was an officer. I was passionate about our mission and was highly engaged in all of its activities and programs.

Life…is too damn short to put up with this bulls…whatever.

As it turned out, my goals and those of other members of the organization were not copasetic. In the end, after a lot of stress, disappointment and an exhausting bout of existential angst over the realization that I had been mired in a seething cauldron of duplicity, I decided to quit.

I believe it was the great leader and advocate of peaceful protest, Mahatma Gandhi, that said, “Life…is too damn short to put up with this bulls…whatever.” Okay, he may not have said exactly that. But he said many profound things—and then somebody assassinated him. My glass-half-full perspective on my recent experience is that at least nobody had me killed, or at least didn’t succeed in doing so.

These rays of sunshine were not what I was looking for.

If you run a Google search for “famous quotes about quitting,” as I did when I sat down to write this piece, the results will lead you to an almost limitless fountain of positive affirmations from people of varying degrees of celebrity, importance, experience and intellect.

The first page of results—the only page that matters in online search—offers up dozens of quotes, including the following gems:

“If you quit ONCE it becomes a habit. Never quit!!!” – Michael Jordan

These rays of sunshine were not what I was looking for. I did not specify a positive or negative perspective on quitting. I just searched the phrase, “famous quotes about quitting.”

So, why were the initial results weighted so heavily?

Because quitting is seen as failure. It is portrayed as a defect of character. Something to avoid at all cost to body and mind.

Only successful people like to brag about their failures.

These days, there is no end to available content that will espouse failure as not just a good thing, but a prerequisite of success. Celebrity entrepreneurs and entertainers are always willing to discuss how they suffered failure after failure before hitting their stride or, and more likely, diving headlong into a wellspring of good luck.

But, let’s be honest. Only successful people like to brag about their failures. And there is not much more annoying than a wildly and improbably successful person waxing romantic about failure. Surely, in the midst of failure, they did not revel in the demoralizing effects of a public downward spiral.

Quitting is failure. And, failure is not a good thing. There may ultimately be a positive outcome to one’s failure. But, whatever was the initial goal was not achieved. Success was unattainable due to a variety of internal and external forces. Ultimately, it all devolved into a heaping pile of quit!

Staying put is a black hole of perpetual disappointment, malaise and self-loathing…

In my opinion, failing is always bad. But, when failure is imminent and staying put is a black hole of perpetual disappointment, malaise and self-loathing, it is advisable to sit down and take a good quit.

Before I started my own business, many years ago, I quit my job working for a large corporation. I had not run afoul of anyone or committed any impropriety. I was hopelessly stuck in the mud and it was just…time to move on, to quit.

I had absolutely no plans when I submitted my resignation. My last paycheck would be my last paycheck, and subsequent income was a great unknown. Crushing financial ruin was imminent. I had rent to pay, as well as a car loan and general living expenses, not to mention any unanticipated events.

Failure and quitting is not a good experience. But, relinquishing myself from that toxic environment allowed me to feel incredibly LIBERATED. Free. Unencumbered. Cleansed.

It was time to buckle down and take a giant, healthy…QUIT!

I had been walking around bloated with the toxic byproducts of all I had consumed throughout several years at my job. The responsibilities. The politics. The fear of layoffs. The deadlines. The employee issues that made me feel like an underpaid kindergarten teacher.

It was time to buckle down and take a giant, healthy…QUIT!

For nearly 20 years, I have been working for myself, after establishing my company, ATI Graphics, Inc. During these past two decades, I have quit. Relationships—personal and business—stalled projects and a few business ventures that that “died on the vine” and didn’t pan out. Each occurrence was preceded by major anxiety and stress, and significant depression.

By quitting, I may have been setting myself up for new problems—financial, professional or personal. But, each time, I felt freed from the goals that proved unachievable and the problems that proved unsolvable. Sometimes, no matter how hard you try, quit happens.

Knowing when to give in, step aside and move on is often the most difficult part of quitting. Our innate aversion to failure compels us to hold out, keep trying. Even when all hope is lost and quitting is the only reasonable—and healthy—option. We become martyrs to our own egos.

You sit back and say it out loud, “I’m done!” Your entire body—and mind—release.

Then, out of nowhere, almost divinely, comes the “moment of clarity” that informs us that quitting is not just the right thing to do, but the ONLY thing to do. You sit back and say it out loud, “I’m done!” Your entire body—and mind—release.

You suddenly exist on an entirely different plane. Almost instantly, your perspective is from the outside looking in.

That job that had been stealing your soul. Gone.

That client that was more trouble than they were worth from the moment you met. Gone.

Those people that had created such stress and conflict. Gone.

Then what? Move on, right?

Alright, wait a minute…Not so fast!

Your friends and family will of course cart out the standard positive affirmation given to all recent failures, “When one door closes, another one opens.” (Roll eyes and apply imaginary gun to head and pull trigger.)

Ultimately, that may be true, or you may slide into a vortex of depression and substance abuse, subsequently losing the little self esteem you had remaining after that last crushing defeat, as well as your money, your family and those friends–who will no longer be so quick with the positive affirmations and more concerned about how long you want to sleep on their sofa and whether the “good silver” is locked away. It happens.

Keep that failure with you.

It is very important to look back and consider how and why that door closed. Take some time to look in the mirror and ask yourself, “What th…? How the hell did that happen?” and not jump forward before you’ve arrived at some conclusions that will reduce the chance of repeating the same mistakes and finding yourself in another similar debacle. And if you can’t figure it out yourself, please see a therapist or a career or business coach. Because, if your soul searching leads you to the conclusion that you have done nothing wrong and were merely a victim of conspiracy, you’ll soon find yourself once again in front of that mirror.

Keep that failure with you. Not as something to romantically look back on and rationalize as, “the best thing that could have happened.” Instead, live with it as a cautionary tale that will protect you.

When the time is right, and you’ll know it when it is, buckle down and take a giant, healthy QUIT!