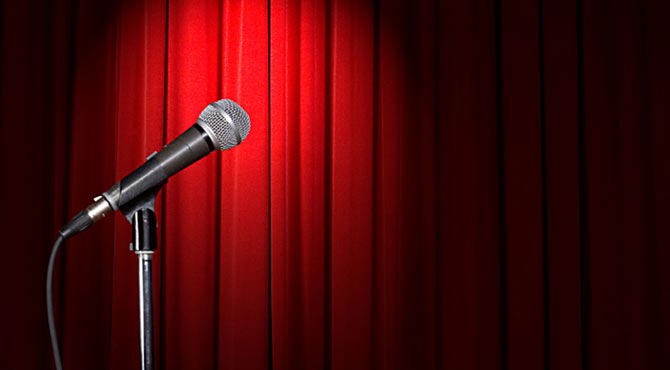 Originally published in 60035 Magazine for the Highland Park Chamber of Commerce, in 2010.

When I started networking a few years back, like most people I was really green and not very good at it.  I would uncomfortably rattle off my elevator pitch, just sweating through it, hoping that the other attendees didn’t start throwing their morning bagels at me.  It was awful and I was awful.

Worse was the realization that my performance was no better than the rest of the group.  I couldn’t even outshine the people that stood and rambled on about how they “help companies optimize their top and bottom lines by creating systems and streamlining interdepartmental communications…blah, blah…”  I’m sure they finished their pitches, but I usually start playing the movie Goodfellas in my head about midway through one boring, nondescript pitch after another.

Since networking costs time and money, and I’m a businessman, I started to think about what I could do to stand out, to perk up some ears, make sure my name and message stuck with people and most of all make networking worth my time.  At morning meetings, I distributed promotional postcards with original graphics.  It was a good start, but still it was like treading water.  Well, so I’m told, because I can’t swim and sink like a stone!

If I was lucky enough to grab someone’s interest at an event, I would do alright.  I’m a good salesperson and passionate about my business.  So, one-on-one I really shine, but I continued to bomb with the groups. So, I studied up on “the perfect elevator pitch” in the hope of finding inspiration.  No luck.

I’ve always had a very sharp sense of humor.  In social situations, if I think it’s funny, I’ll make a joke about almost anything, no matter how politically incorrect or inappropriate.  It may have been because I felt I had nothing to lose, but I decided to inject my fearless sense of humor into my floundering networking efforts.

Tips for a memorable pitch:

Mining from the week’s news, I came up with an opening line that I am not going to print here—sorry!  Even though it was just 10 words, I rehearsed the delivery in the shower, in front of the mirror, to my dog, until it was just right.  The next morning, when my turn came to stand up and give my pitch, I delivered the line.  Given the borderline inappropriateness of the comment, the second and a half of dead silence was expected, though still felt like 5 minutes.  Then, the entire room of about 50 people erupted in laughter.

I had killed.  But more importantly, I had discovered a way to get peoples’ attention.  In fact, the killer opening line has become a trademark and regular attendees expect me to “make the funny” in an ocean of generic elevator pitches.  They now pay attention before I even say anything!

Since those awful, early days of attending networking events and delivering embarrassingly bad introductions, I have become a dedicated networker and a member of a number of very high-quality groups.  I also run Breakfast of Champions Networking, and co-founded the BizNetExpo, an event that I describe as “an exercise in good networking,” at which I moderated a panel discussion on networking.  I am an evangelist for the practice of networking and have steered many people to quality groups.

When I talk about the value of networking, I always tell people to do or say something memorable when they give their 15-30 second pitch.  What can one possibly say about their business in 20 seconds that people will remember after two dozen more people give their elevator pitches?

More people come up to me before leaving an event now than ever did when I just had a well-delivered pitch.  That gives me an extra minute or two with people to talk about what I do and how I help businesses.  That’s the best punch line of all.